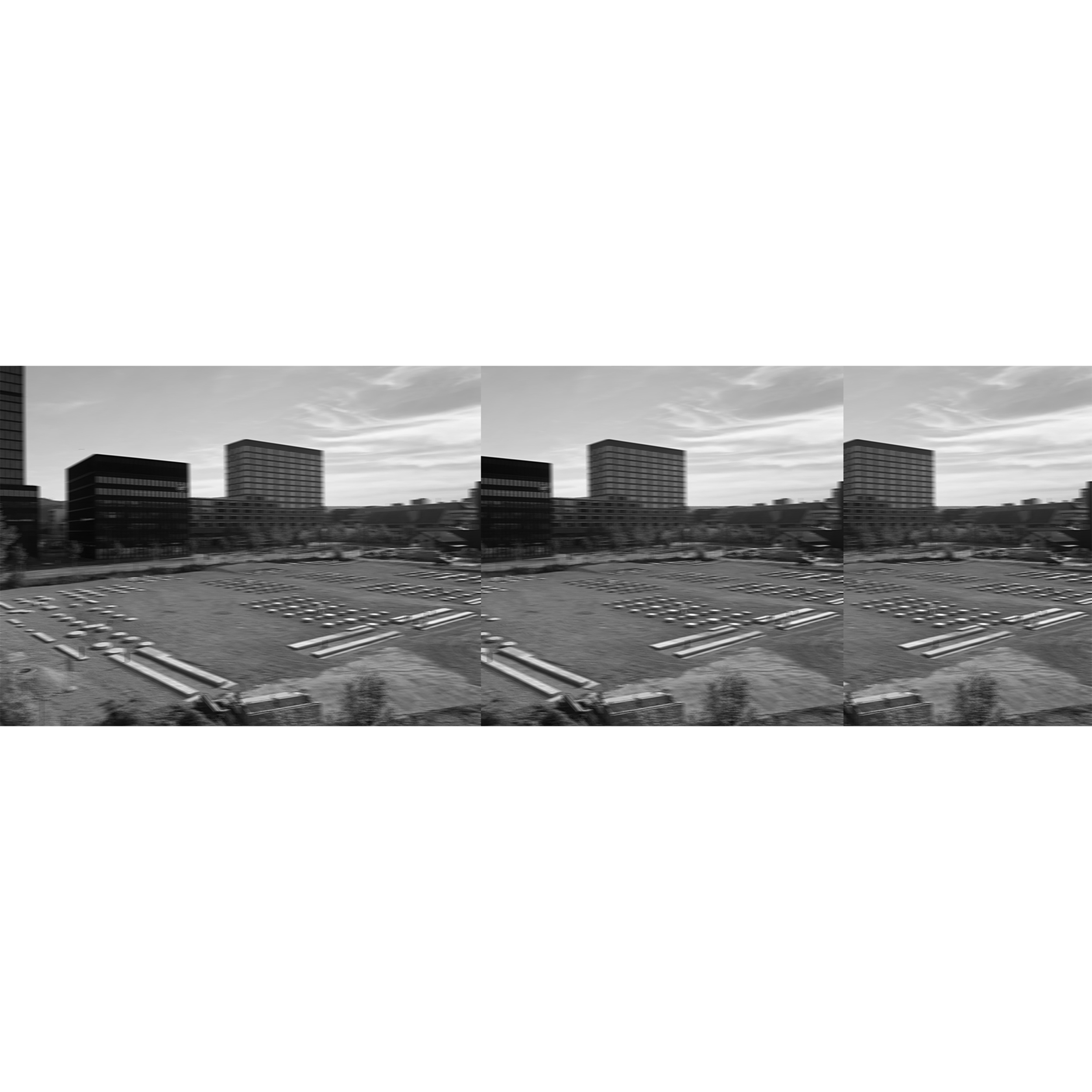 Daily seen at the speed of public transport in Zurich, no remnants of any temple – of course -, no ruin to feed any soul keen to romanticism. Rather a manifestation of the postindustrial condition, showcasing the still ongoing transition from the industry- to the information-based economy and society.
The plot, a former parking lot of a second-hand car trader, is renouncing its capacity to host the heraldic device of the industrial era. It crystallizes that moment in history where sophisticated transportation systems and networks have taken over, stimulating a steep rise in geographic mobility of populations and goods.
The concrete-cast elements gently leaning upon the surface of the plot, are foundations which are expecting some kind of lightweight structure to come, also flexible and thus predestined in a state of transit. With an expiration horizon of 20 years, after which the modules are going to get disassembled and reassembled elsewhere, the site is rented by the contractor from the city of Zurich. The scope is to provide housing for asylum seekers and young people, as well as opportunities for the blooming of micro-businesses and cultural exchange.

The swiss reflexes upon the population relocation are asserted through this exemplar, which is developing -in terms of location- not far from the Zurich West district; the massive urban redevelopment, where abandoned plots and envelopes with a former industrial use, offered fertile ground for the implementation of large office, residential and mixed-use buildings, that have prevailed in the real estate reality of Zurich.

Nam June Paik had once said that ‘in a nomadic, post-industrial time we are more experience-oriented than possession-oriented’. Coming across with this moment in the history of the plot, it aspires to be perceived as a short-lived memorial dedicated to the notion of mobility, a pop-up monument that will vanish as soon as the prefabricated modules arrive on site. In that sense, one has to seize the opportunity to experience it as such. Or maybe not, because at the end of the day, it’s all about a mental construction that popped-up in the early-morning dizziness on public rolling wheels.