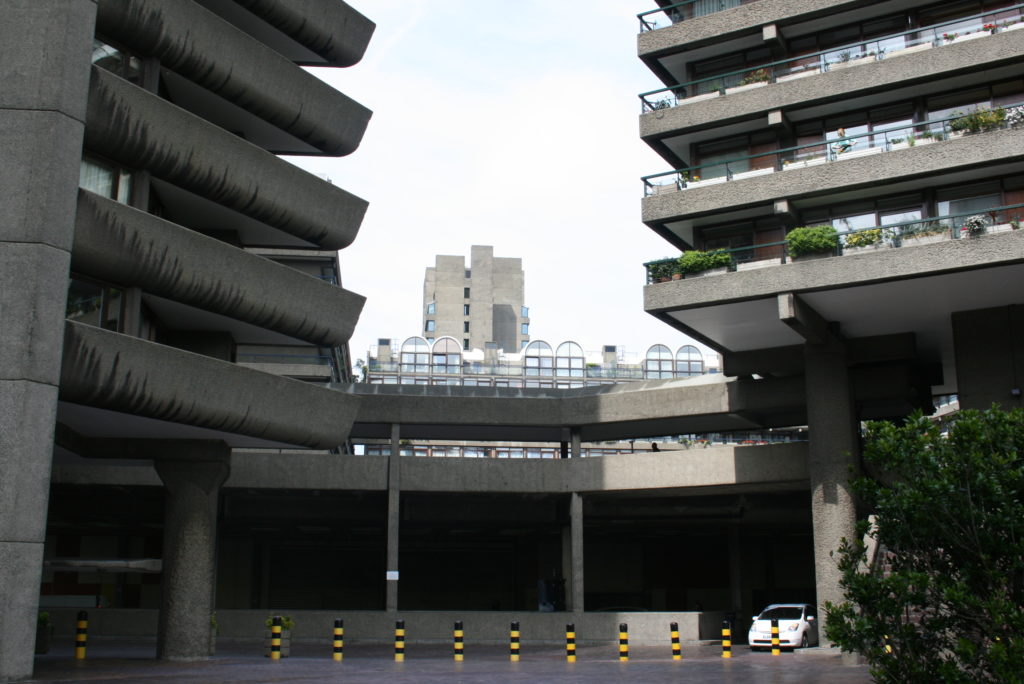 A podium to nowhere

The initial intention to make the Barbican a council estate for the well-off drew references of isolation as a key aspect of a successful design that were invested in the use of the podium to, in effect, create an additional privileged ground level. The aspiration was that, while servicing complementary access to the towers and blocks on a 6-metre-high level, this should be a highly social area of shops, pubs and alfresco life in general as the counterpoint to the ruined city. Moreover it was part of the London County Council’s visionary proposal for the creation of a whole network of aerial pedways that would cris-cross the City, which was abandoned way before the Barbican was completed but too late to be eliminated from the estate’s synthesis, of which it had been a guide principle. In this sense, the podium succeeded in achieving isolation as the single elevated part of an unrealized road system, the architecture of whichincorporated unintuitive thresholds, imposing walls, and hidden entrances that discouraged passers-by from wandering in. Even for the residents of the Barbican, the use of the podium proved impractical and undesirable due to the sweeping wind currents reinforced in the in-between pathways by the architecture of the high rise blocks. After the entirely residential Barbican plans were finally adopted, the architects remodeled their vision into a monumental, patrician quarter which made this element dedicated to commercial and social use look insubstantial and half-finished – a podium to nowhere.

Image of the Barbican podium from street level taken by the author, May 2017.